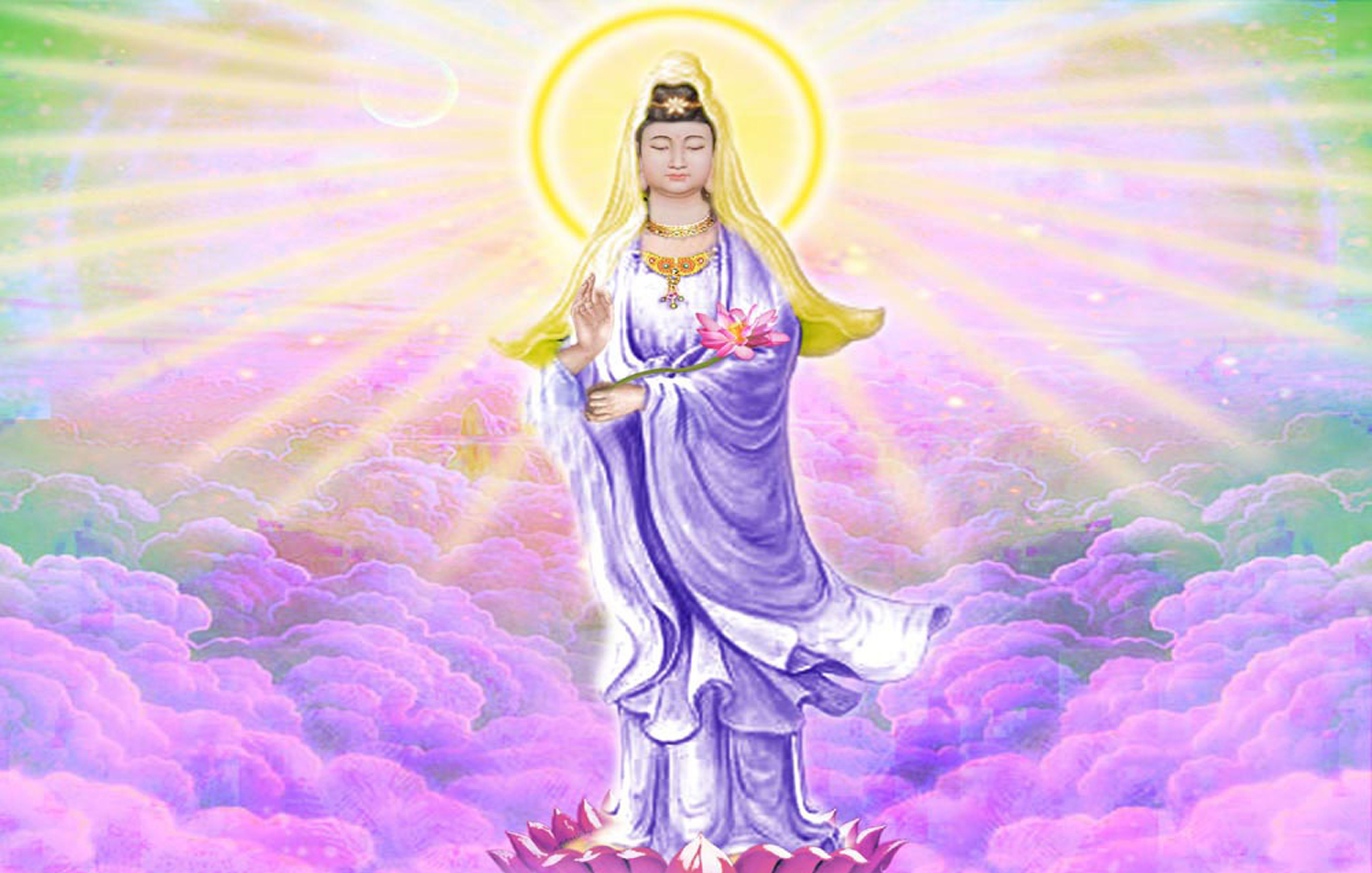 You can see her face almost anywhere in the world where the Chinese live. The Goddess of Mercy (The Goddess of Compassion) is the most popular and widespread of any deity of Chinese Buddhism.

Yet she is only now becoming known in the West. Also known as Quan Yin, Quan’Am (Vietnam), Kannon (Japan), and Kanin (Bali), or Kwan Yin. She is the embodiment of compassionate loving kindness. As the Bodhisattva of Compassion, She hears the cries of all beings.

Quan Yin enjoys a strong resonance with the Christian Mary,the Mother of Jesus, and the Tibetan goddess Tara. Her influence extends from the very dawn of creation to the heartfelt wishes of woman desiring children. In times of sickness and trouble, she is the first to be invoked.

She is child-bearer, creator, living compassion, friend and intercessor. She is the great goddess of life herself. Quan Yin means “one who hears the cries of the world.” Her five major virtues are mercy, modesty, courage, justice, and wisdom.

Closely allied with Quan Yin is Tara (Star), goddess of protection and compassion, worshiped by Tibetan, Mongolian, and Nepali Buddhists.

According to “Mandala: The Architecture of Enlightenment” by Denise Patry Leidy & Robert A. F. Thurman (Shambhala 1997): “Tara is the archangelic and archetype-deity bodhisattva representing the miraculous activities of all Buddhas. In myth she is bornfrom Avalokitesvara’s tears of compassion or from her own vow to be enlightened and stay a woman…

There are innumerable manifestations of Tara, “as many as beings require”, but her most famous are the peaceful White Tara, who brings protection, long life and peace; and the dynamic Green Tara, who overcomes obstacles and saves beings in dangerous situations.”

Quan Yin, as she is known by many Buddhists, is the bodhisattva who refused to ascend as a master, until all of humanity was allowed to leave the wheel of reincarnation, and their tears were healed. She is the compassionate one. Her color is lavender, or a soft shade of St. Germaine’s Violet Flame. It is a golden violet – the color of healing and protection.

It was while Ivy Moore was meditating upon Quan Yin, and wishing to develop better healing skills using Reiki, that she received approximately forty symbols for this purpose.

She called this Reiki ~Violet Flame~ , and dedicated it to the Lady Quan Yin who gently attuned her to the symbols she had received. This Reiki has a warm compassionate touch, and offers a great healing to both spirit and body when used. It is also good to use over long distances.

It is advised that it can be given to any student of Usui Reiki Level II or above, primarily because of the large number of symbols. Ms. Moore believes the symbols are sacred and private. She does not display them openly to recipients of Reiki. She merely uses the Reiki as she would Usui Reiki, and invokes a symbol if she feels it is needed.

There are four levels of Reiki, but the attunement can be given at one time, or over a series of appointments, again, mainly due to the large number of symbols. You may choose to attune your students to Violet Flame in a series of attunements for the same reason.

However, if one uses a Reiki box, it can easily be done all at once. One can attune another in Violet Flame, only after completing both Usui Reiki Level II, and Violet Flame (all 4 levels.) Note that there is an attunement symbol given in the last level of VFR.

What Will You Learn?